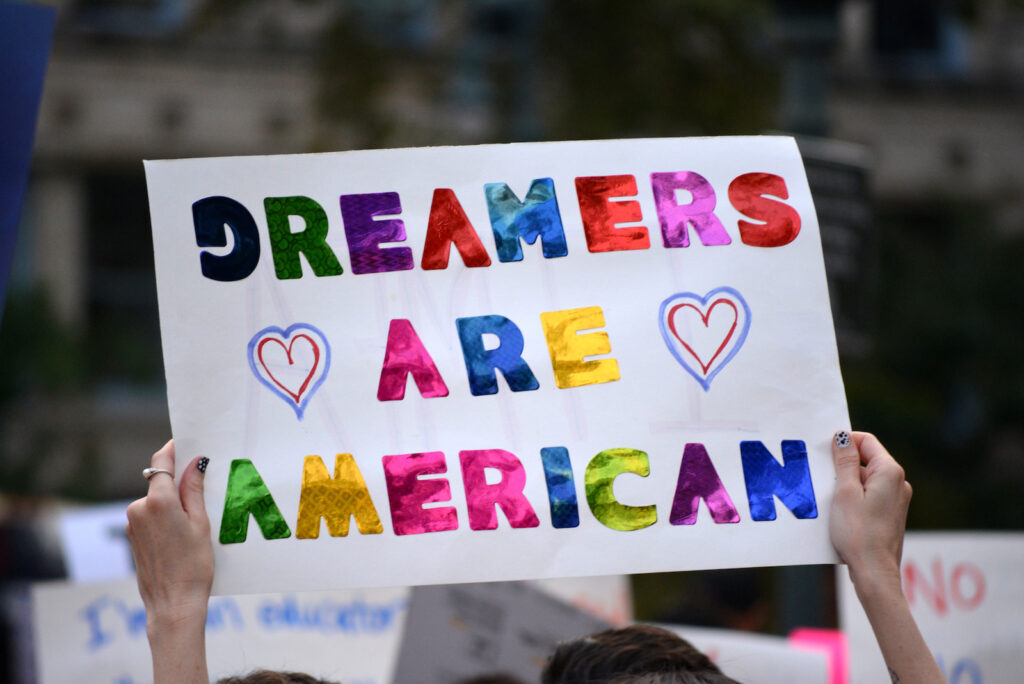 There is a lot of talk about changes in immigration policy. Some lawmakers have continued to push the issue that involves the fates of millions of Dreamers caught in a kind of immigration limbo and uncertainty. For a few years now, the issue has been quite the political football, tossed around by several administrations and keeping Dreamers on the edge of their seat. We posted a few weeks ago about the Dream and Promise Act of 2021, so we thought we would take a closer look at this proposal and what it might offer the millions of young people waiting for a stable answer.

The Dreamers have long waited for a reprieve, and this new attempt at immigration reform might give them some encouragement. The road to passing these laws, however, is not always easy.

The Dream and Promise Act or H.R.6 first appeared in 2019 as lawmakers looked to finalize some solutions for DACA recipients. The central idea behind the law was to provide certain aliens with a clear path to obtain permanent resident status and contain other immigration-related provisions. The 2019 bill passed the House on June 4th, 2019, but was not passed by the Senate.

A few weeks ago H.R.6 American Dream and Promise Act of 2021 was reintroduced by Representatives Lucille Roybal-Allard, Nydia Velasquez, and Yvette Clarke and passed the House on March 18th, 2021.  The bill focuses on providing a clear path for the Dreamers as well as the safety of beneficiaries.

Setting a Path to Citizenship

This version of the law expands some eligibility for Dreamers to qualify for a path to citizenship. To qualify, a person needs to have been brought to the United States when they were 18 or younger and have been physically present since January 1st 2021. Many current DACA holders will be able to apply for Lawful Permanent Residency (LPR) status. For people that have family members or members of their household in this situation, this provides some much-needed respite from uncertainty. It allows these families to reach some degree of stability and peace of mind.

People that already have Temporary Protected Status and Deferred Enforced Departure will be provided a path to citizenship. According to American Progress,  one-quarter of a million U.S citizen children live in households with family members that have TPS status. The idea behind the law is to protect TPS parents and their families from facing separation or deportation. The Act would grant individuals with this status legal permanent resident status if they have been in the country for at least 3 years before the enactment of the act and were eligible or had TPS or DEPS status previously.

What is Legal Protected Residency?

Up to 4, 438,000 Dreamers can be eligible for protected status with H.R. 6. According to the Bill, the Department of Homeland Security provides conditional permanent resident status for 10 years to a person that qualifies and was brought to the United States as a minor and is deportable, has deferred enforced departure, or temporary protected status. For someone seeking permanent resident status under this bill, DHS can waive certain grounds of inadmissibility.

As the bill heads to the upper chamber for consideration, there is still plenty of deliberation being had regarding some of the bill’s provisions.

Democrats have been aiming to pass more comprehensive legislation for Dreamers for over 20 years. Many of the versions have passed the House and been stopped in the Senate, as was the case with the 2019 version of the Dream and Promise Act. The immigration debate has only intensified in recent years and with the change of administrations.

So what are people saying about the Bill and what are the chances that it will pass the Senate this year?

Support for Dreamers comes from both Democrats and Republicans. Critics of the bill, however, suggest that there are too many provisions in the bill that are problematic, which will make it easier for some lawmakers to shoot it down. Some of the more controversial provisions, according to policy experts, include the TPS (Temporary Protected Status) provision which can be subjected to one point of order objection that says that it ‘shall not be in order for the Senate to consider any bill that would grant lawful temporary or permanent resident status to any receiving TPS.

Others also suggest that the Bill needs to protect more against fraud and focus the Bill more on the Dreamers themselves than their family members, as this can cause a point of contention with lawmakers willing to turn down the law.

As Dreamers wait patiently for a definitive answer, the fate of the Bill hangs on the balance. Lawmakers from both parties claim that they are interested in providing certainty to the Dreamers. The question is what negotiations will it take to pass the full reform in both chambers?

Looking for Help With Immigration Matters? Reach Out to an Experienced LawFirm

Whether you are a DACA recipient or someone looking for legal counsel on immigration matters, trust an immigration attorney that has experience in our complicated immigration system. Here at Anable & Rivera, we’re ready to help you solve your immigration questions.

Call Anable & Rivera today and get the representation you need.